The Fountain Blues Foundation, a 501 (c)3 non-profit organization, is organized to preserve and promote the indigenous American music known as the blues. Preservation activities may take a variety of forms, including live performances, broadcasts, lectures, and community education about the history of the blues, culminating in the longest running blues festival in the Bay Area: the San Jose Fountain Blues & Brews Festival that features a wide diversity of roots and blues styles.

The Foundation recently welcomed the long-established Silicon Valley Blues Society into the Foundation as an active partner in promoting and staffing Foundation events - and the San Jose Downtown Association and San Jose Jazz continue as key partners. An active, fundraising-focused Board of Directors hosts year-round events highlighting regional blues artists, helping engrain the blues in the fabric of the community and grow the notoriety and support for the blues.

The Festival is the culminating event of the year for the Foundation and is directly aligned with its mission of preserving and promoting the indigenous American music known as the blues. For more than 30 years, the Festival has built a strong reputation and Bay Area tradition, solidifying San Jose as the premiere host to the longest running blues festival in the Bay Area. Not only does the Festival showcase renowned musicians in the blues genre, but also gospel, swing, zydeco, funk, soul and R&B. The Festival also features local artists, vintage games, craft beer tastings and Southern cuisine.

Educational Outreach is two-fold: (1) spread the message of the blues by demonstrating to younger audiences its historical significance and influences on today's music and (2) build a pipeline for participation in future Festivals.

National Headliners with Wide Appeal – The Foundation plans to continue integrating crossover groups, in order to appeal to a wider demographic and boost attendance. In 2016, the Oakland Interfaith Gospel Choir kicked off with gospel and spirituals. In 2017, blues singer Fillmore Slim - who is revered by Snoop Dog and others in the hip hop world - proved to bring many first timers to the event. June 2018's headliner is Kim Wilson from award-winning, blues/rock cross-over band The Fabulous Thunderbirds.

Community Organizations – The Foundation works with numerous not-for-profit agencies to bring together people from all walks of life to strengthen the community.

Local music writer Nick Veronin from Metroactive explains:  "The blues is a beguiling art form. Tangled up in this country’s legacy of slavery and oppression it is first and foremost a folk tradition. It requires no formal training to play and can be sung without instrumental accompaniment. And yet, its simplicity often obscures its power and scope. Though it is most certainly a uniquely American art form, it is also a universal language. It lies at the root of rock & roll and African highlife music. It informed the psychedelic guitar work of Black Sabbath’s Tony Iommi, as well as the off-top lyrical free styling of hip-hop."

In many ways, the blues were an outgrowth of the bitter hardship following the Civil War and the disheartening realization that although slaves were granted emancipation, African American equality was not guaranteed. Blues vocals vented frustration, telling stories of trouble and hardship. In today's tumultuous political climate, the blues can be found in the forefront of politically infused songs of injustice by rock, pop, reggae and hip-hop artists integrating the blues into their art forms.

In recent years, most Bay Area blues festivals have ceased to exist (notably, those in San Francisco, Monterey, and Santa Cruz) due to the challenges of running a profitable event. Despite these challenges, the Foundation is committed to offering an affordable festival experience that honors the history and legacy of the musical genre that has been the greatest influence on popular music of today.

The Foundation continues the strong cultural tradition of blues in the Bay Area, promoting and supporting blues musicians within the community. The Bay Area has been a hub for blues music since the 40's - with legends like Charlie Musselwhite, John Lee Hooker and San Jose's "Godfather of blues harmonica" Gary Smith all settling in this region. Several blues recording studios came and went over the decades; thankfully revived by Kid Andersen's Greaseland Studios - a premiere, blues music recording hub in San Jose.  A number of stellar San Jose-bred acts such as Tommy Castro, JC Smith and Chris Cain have frequented the Festival and tour internationally as blues ambassadors for San Jose. Two of the "next generation" of blues artists who have come up in the local scene since the Festival's inception, earned their chance on the main stage last year: blues guitar phenom Maxx Cabello, Jr. and blues harmonica player Aki Kumar (known for his "Blues to Bollywood" infusion of his native music of India, with his love for roots blues). The strength of the local blues landscape can also be attributed to the presence of the School of the Blues, which fosters the next generation; as well as dedicated local radio DJs; and a loyal fan base that regularly fill venues such as the Poor House Bistro, Smoking Pig, and Little Lou’s BBQ. The Foundation recently kick started a new, weekly Blues Jam in Downtown San Jose's San Pedro Square Market, providing blues musicians an opportunity to play in a non-traditional blues venue, to help gain new fans.

The San Jose Fountain Blues & Brews Festival, which got its start in 1981, has secured San Jose’s presence in music history. 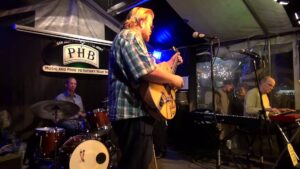 We love to spotlight talented musicians here at PHB and we are one of the only venues here in Downtown San Jose offering FREE, LIVE MUSIC DAILY! Stop on over and enjoy some great Cajun food and a brew. We like…

We love to spotlight talented musicians here at PHB and we are one of the only venues here in Downtown San Jose offering FREE, LIVE MUSIC DAILY! Stop on over and enjoy some great Cajun food and a brew. We like… 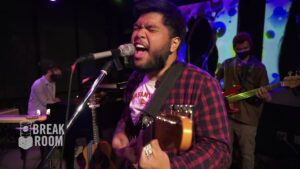 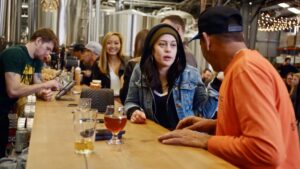 Over many years of entering and judging beer competitions, we noticed a simple, but largely unrecognized insight: some of the best, most innovative beers in America are being brewed by homebrewers. In almost every competition we judged, the award-winning homebrewed… 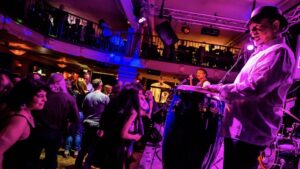 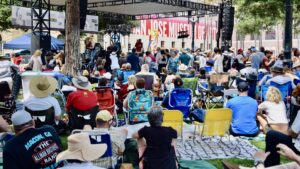 Plaza de Cesar Chavez is situated on over two acres in Downtown San Jose. It is a popular place to hang out as it is located near museums such as The Tech Interactive and the illustrious San Jose Museum of Art. The park regularly attracts visitors with its musical performances and festivals. A stroll through the park is complemented by beautiful water fountains, flower beds, and even an open-air theater. If you are planning to visit the nearby museums, be sure to set aside time to explore this lovely park area. You might even catch a popular food festival or unique performance.